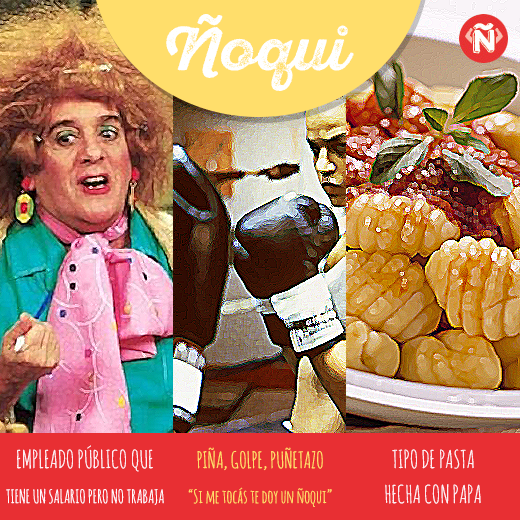 But what does the word Ñoqui mean and where does it come from?

1- A type of pasta that is prepared with potatoes and flour and with a very characteristic shape.

It comes from the Italian Gnocchi which is the plural of gnocco (bun or lump).

2- A pineapple, a punch with the fist, a punch, a bun. It is said this way because a fist is shaped like a giant gnocchi. The expression is often used with the verb DAR or PEGAR. "If you touch me, I'll give you a gnocchi / I'll hit you a gnocchi"

3- Public employee who receives a salary but never actually works. If you go to the workplace, you rather pretend to work. But many times, he never even attended his workplace. Now ... why is it called gnocchi?

Today is May 29, 2017. And on the 29th of each month, it is an Argentine custom to eat gnocchi. (Why? You can come here and learn about this custom, and incidentally a recipe for preparing gnocchi.) And the gnocchi employees are never at work but always on the last days of each month, the 29th for example ... appear, to collect their "salary."

There is a very popular character on Argentine TV (played by a very famous actor named Gasalla) who is La Employeada Pública. He is a very interesting character to see how the meaning of gnocchi was transformed. At first he was simply that public employee who never worked or did not even go to work. But who says that an employee is or is not doing his job? In the '90s in Argentina there was a strong policy of "cutting" expenses in the State, and eliminating many public workers. To achieve this with the support of the population, the government installed the idea (with the help of the Media) that ALL public employees were gnocchi. And that idea remains to this day. That is why this character from La Employeada Pública is, in the imagination of many Argentines,Here we leave you a video / sketch to illustrate your new word.

And don't miss this Monday's Radio Matera program where the native English speakers who host it look for parallels in their language. 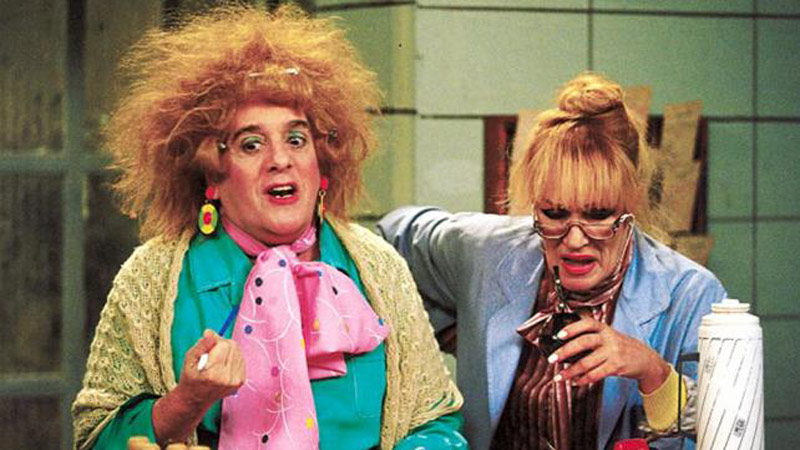